Spotify and Apple Music are two of the best and leading music Streaming platforms for too many years. It offers millions of songs and hundreds of playlists for you. Both of these platforms studying your music taste while you listen to songs and they give recommended and personalized playlists that matched you. It is very hard to compare these two platforms and your decision will be complicated. So let’s have a closer look at Spotify vs Apple Music to make your decision easier.

The subscription fee is an important thing when you buy a paid service. Both Spotify and Apple Music individual plans for just $9.99/£9.99/AU$11.99 per month. These two services have family subscriptions for $14.99 that allow up to 6 people to access premium benefits. Spotify introduced a new plan for two users who live at the same address. That called Spotify duo and the plan costs US $12.99 per month.

Apple Music gives 3 months of free trial but the Spotify’s trial period is limited to 1 month.

Spotify charts and Apple Music charts are the best places to see what happening and what trending in the music world. According to people’s reaction for the last few years, Spotify charts are popular than Apple Music charts. But it doesn’t mean Apple Music Charts isn’t true. There are separate profiles in social media for Spotify charts and it is good evidence that explains how much Spotify cares about their charts. Spotify is the only music streaming platform that offers you podcasts and songs in one app. Lots of people love Spotify Podcasts because one subscription gives them a 2 in 1 experience. But We can’t ignore Apple Music radio stations. Apple Music offers the best radio sessions for its users and people love that experience. Also, Spotify has a radio feature but Apple Music is too good at the radio sessions. Apple radio also called Apple Music radio, offers a very matching song mix on their sessions. Beats 1 radio is a free station that you can listen to without a subscription.

Streaming Quality is another feature that people care about when they get a paid subscription to a music streaming service. Spotify and Apple Music give you a high-quality sound experience. But there are a few differences between these two platforms in terms of stream quality. Spotify uses the Ogg Vorbis format and a user can choose what bitrate to stream. Spotify allows user to change what quality that user want to stream. You can stream music in high quality on Spotify but it cost too much data from your connection. The bit rate of the highest quality in Spotify is 320kbps. Spotify premium users can stream music at 320kbps on desktop. Premium users can stream at 256kbps and free users can stream 128kbps on Spotify’s web player. Also, Apple Music streams 256kbps AAC files.

Both Spotify and Apple Music have simple and attractive Interfaces. Further people can discover music easily in both of these apps.

Spotify has a dark user interface and it cannot be changed to a light theme. Apple Music default comes with a light theme but it automatically changed when you turned on dark mode in your phone. If your phone or pc doesn’t have dark mode itself you can change the dark mode from app settings.

Music discovery tools in these apps are very well. Apple Music offers you some extra tabs for music discovery. Apple Music replaced ‘For You’ tab from ‘Listen Now’ and it brings you some better recommendations depend on your listening history. You can stay in touch with the new releases, top charts, and much more content from the Browse tab in Apple Music. You can easily manage your songs on the iCloud music library. You can delete all the songs in your library at one time using the iCloud music library. Apple Music has Lyrics of Many Songs and it auto play when you start to listen to a song until you turned off that. So you can sing while it playing. You can see a storyline in Spotify on the playing screen and it gives you some stories behind the lyrics of that song.

Spotify vs Apple Music: Devices you can listen

You may also like to read iPhone vs. Android: Which is better in 2021?

Now user can control music when your phone connected to your car using Android Auto or Apple Car Play. Apple Music Car Play is also available when you connect to a car audio system using Apple Car Play. When you connect to a car audio system, Spotify automatically switched to Car Mode. Spotify Car Mode is a simple clean view of your library that navigate and finds music faster while driving. You can connect Spotify to Google Maps or Waze and you can continue your listening while your phone routing you a destination. Apple Music Car Play ( Apple Car Play) and Spotify Car Mode are very useful.

People like to share what are they listening to and their favorites with others. Spotify and Apple Music have many ways to share your music taste. You can share songs, albums, playlists directly via any social or messaging app. Spotify can integrate with Facebook and it makes it easy to share music with friends. You can link your Spotify account to some third-party apps like Discord, Google Map, and some social media apps. You can make better stories and posts using Spotify on Instagram and Spotify on Facebook. If you sign up for Spotify or Apple Music, you will have to open a profile, and your public playlist appears there. So your friends can find your profile and follow your playlist.

Spotify vs Apple Music: Which is better for you?

Now you understand it is too difficult to choose one from Spotify vs Apple Music for your listening experience. The official site of Spotify says “ Today, Spotify is the world’s most popular audio streaming subscription service with 320m users, including 144m subscribers, across 92 markets”. Roughly Apple Music has 60 million paid users.

Apple Music is perfect for you if you like to discover more music such as playlists, charts, radio sessions, music videos, interviews with artists. Apple music shows the lyrics of songs and it is a good reason to use Apple Music. If Siri is your everyday personal assistant, you should use Apple Music because she uses Apple Music to open your commands. By the way, Spotify and Apple Music are the two big and incredible names for music streaming. 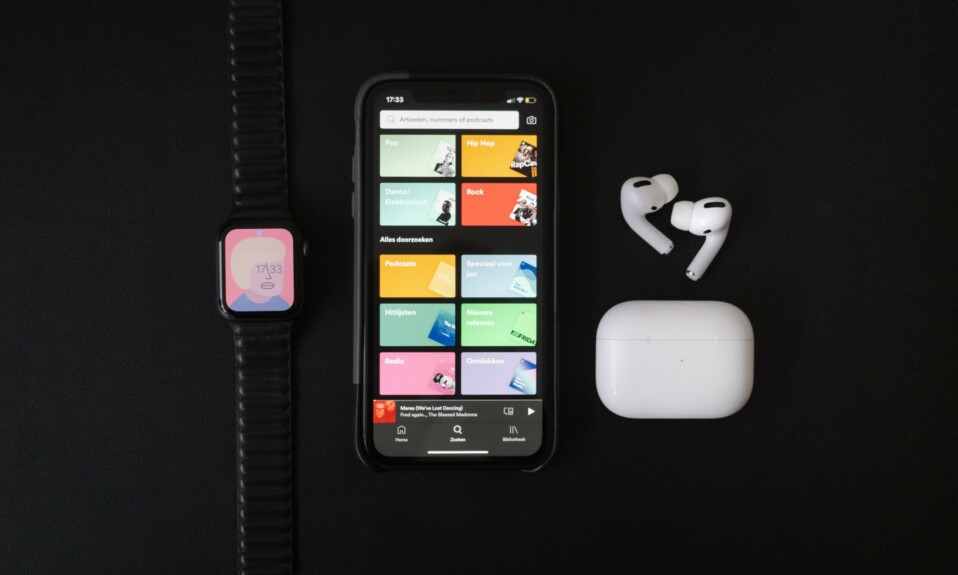 Spotify Collaborative Playlists: What is it and how to setup?